Kumbhalgarh Fort is the second most important fort of Rajasthan after Chittorgarh. Located at a distance of 64 kms from Udaipur in Rajasmand district, Kumbhalgarh Fort is easily accessible from the city of Udaipur. This unconquerable fortress is secured under the kind protection of the Aravali ranges. Kumbhalgarh Fort was built by Maharana Rana Kumbha in the 15th century. The fort derived its name from the same factor.

Encircled by thirteen elevated mountain peaks, the fort is constructed on the top most ridges around 1,914 meters above sea level. The fortifications of the fort extend to the length of 36 kilometers and this fact has made this fort to be in the international records. It is stated to be the second longest wall in the world, the first being ”the Great Wall of China”. The huge complex of the Fort has numerous palaces, temples and gardens making it more magnificent.

On your way to Kumbhalgarh fort, a few kilometers before, you will find yourself on a zigzag road going through deep ravines and thick forests. This way would take you to the Arait Pol, where you can trace the watch-tower and then Hulla Pol, Hanuman Pol, Ram Pol, Bhairava Pol, Paghra Pol, Top-khana Pol and Nimboo Pol will come across your track.

Nestled in the foothills of the Aravalli Mountain Range, Kumbhalgarh near Udaipur is a majestic citadel and a major tourist attraction. Surrounded by verdant forests, the fort attracts travelers due to its pristine location and architectural grandeur. Its 36-km long external wall is the second longest wall in the world, after the Great Wall of China. Are you a history buff looking to visit heritage places from the bygone eras? Then chalk out your itinerary, book your hotels in Udaipur, and get set to explore this wondrous hill fort in Rajasthan.

Before you start out on this expedition, take some time to read this blog. It gives you the history, timings, entry fee, and other interesting details about the majestic Kumbhalgarh Fort near Udaipur.

It is believed that the original Kumbhalgarh Fort dates back to the 6th century and was built by King Samprati of the Maurya Age. However, due to the lack of any recorded evidence, the history of the fort from its origins till invasion by Alauddin Khilji in 1303 AD remains vague.

The fort as we see today was built by Kumbhakarna aka Rana Kumbha of Mewar kingdom in the 15th century. It was designed by a famous architect of that period, named Mandan. According to local legends, Rana Kumbha faced many difficulties during the construction of the fort that he nearly abandoned it. Then a holy man told him that all these problems would end if a pure-hearted man willingly sacrificed his life for the construction. On hearing this, the king was disappointed and that was when the holy man beheaded himself and sacrificed his life. After that, the king was able to build the fort without any problems. It is believed that the entrance to the fort marks the place where the holy man’s head fell.

That’s the legend part of it. Historically too, the fort played a major role in shaping the region’s past. Thanks to its strategic location, Kumbhalgarh was used as a safe refuge by the rulers of Mewar at times of threat or danger. It has remained witness to many significant events that have shaped the region’s history like that Maharana Pratap was born in this citadel. The fort provided shelter to the infant Prince Udai of Mewar after Chittor fell under siege. Though the fort came under attack from various rulers and invaders, it remained invincible except for once when, in 1576, it was conquered by Mansingh I, the general of Emperor Akbar. Later, the fort was taken over by the colonial rulers before it finally came under the aegis of the government of Rajasthan.

Due to its mountainous location, Kumbhalgarh was built in the Rajput military hill architectural style that makes use of the defensive properties of the terrain. The fort is built on a hilltop at a height of about 3600 feet above sea level and enveloped by a 36-km long wall with seven fortified gateways. The wall, which is listed among the longest walls in the world, is often called the Great Wall of India.

The frontal walls of the fort have a thickness of 15 feet. There are more than 360 temples inside the fort, out of which 300 are ancient Jain temples and the others are Hindu shrines. Though several additions were made to the fort by the rulers of Mewar over the years, the original structure exists even now.

Today, Kumbhalgarh is one of the most popular forts near Udaipur and is visited by tourists all year round. Every year, a three-day annual festival is organized inside the fort by the Rajasthan Tourism Department to honor Maharana Kumbha’s passion for art and architecture. Various dance events, concerts, heritage fort walks, light and sound shows, and other activities form the main attractions of this annual festival.

In 2013, the Kumbhalgarh Fort and five other forts in Rajasthan were granted the UNESCO World Heritage Site status. Kumbhalgarh Fort may not be in its best shape today, but it’s worth a visit for its unique architectural style and historical significance. You can get splendid views of the surroundings from the terrace of the fort’s palace, including the sand dunes of the Thar Desert. In the evenings, the fort is marvelously lit up for some time.

Rana Kumbha constructed the Kumbhalgarh Fort in 1458AD. It took around fifteen years to compete the construction. The fort was built on the ruins of Jain king Samprati, the grandson of Ashoka. The construction of the fort separated Mewar from Marwar. The Rajput kings used the fort as a refuge if they feel danger in their forts or palaces.

Rana Kumbha belonged to the Sisodia Rajput clan and gave the task to Mandan to design the architecture of the fort. The kingdom of Rana Kumbha was extended to Gwalior from Mewar which also included a large part of Madhya Pradesh. Besides Kumbhalgarh Fort, Rana Kumbha built 31 more forts to protect his kingdom.

When Rana Uday Singh was a baby, he was brought to this fort during the siege of Chittorgarh Fort in 1535. Panna Dhai brought after the death of his father. He was the king who founded the city of Udaipur during his reign.

The combined forces of Emperor Akbar, Raja Uday Singh of Marwar, Raja Man Singh of Amer, and Mirzas of Gujarat also attacked the fort. The Rajputs surrendered due to shortage of water. Shahbaz Khan, a general of Emperor Akbar, took control of the fort. In 1818, Marathas took over the fort.

The best time to visit the fort is during winters between the months of October to February when the climate is cooler and suitable for people instead of the scorching heat of the summer during the months of March to June. 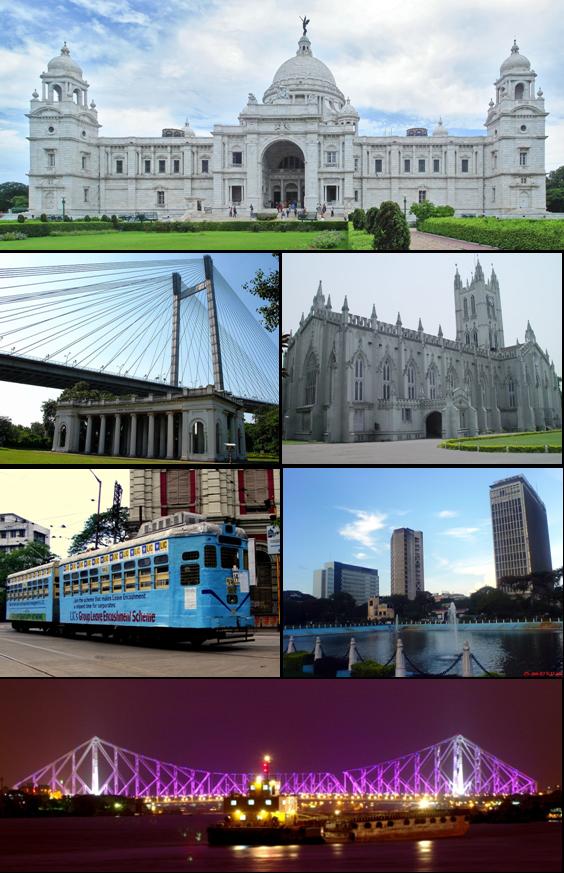 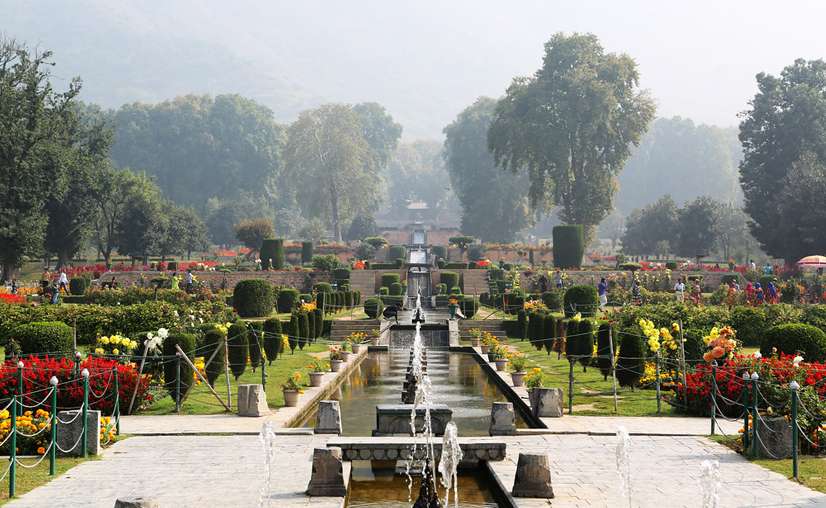 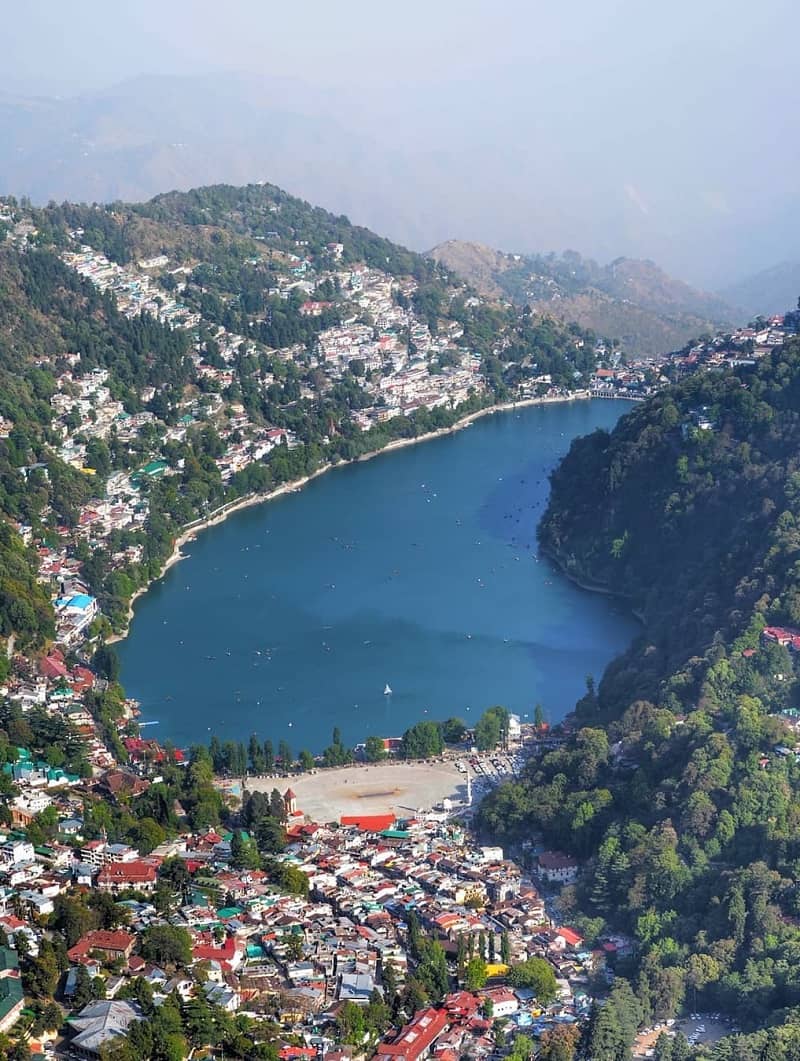 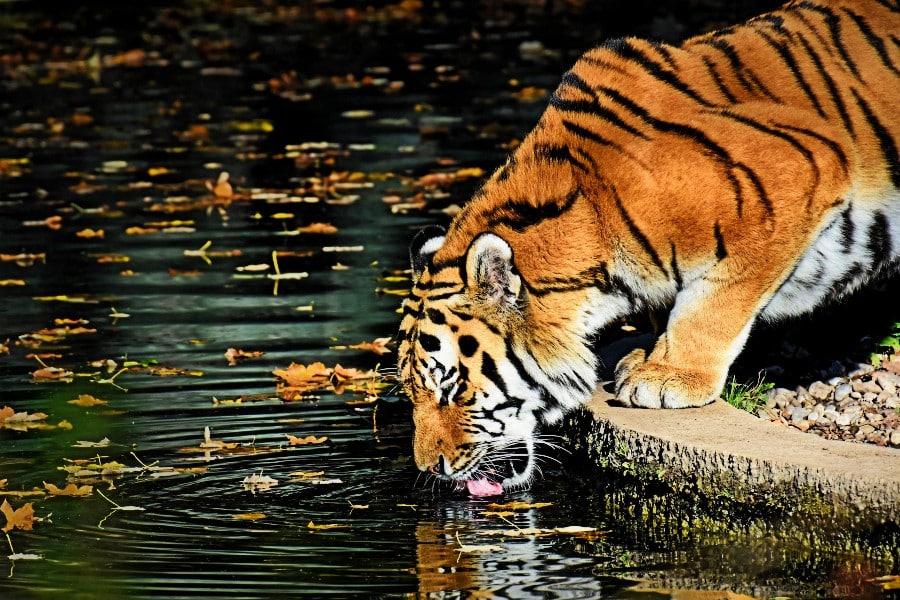 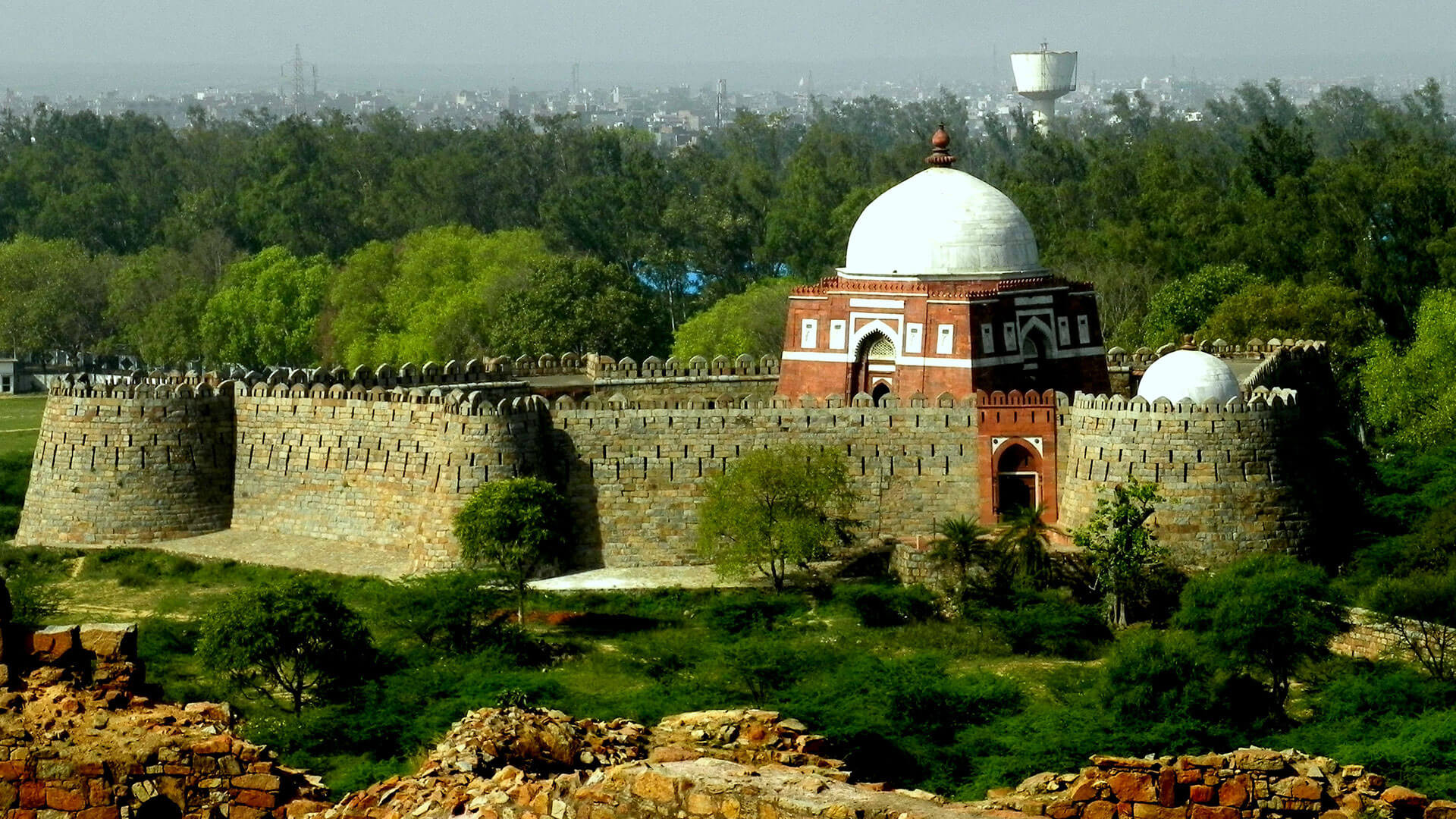 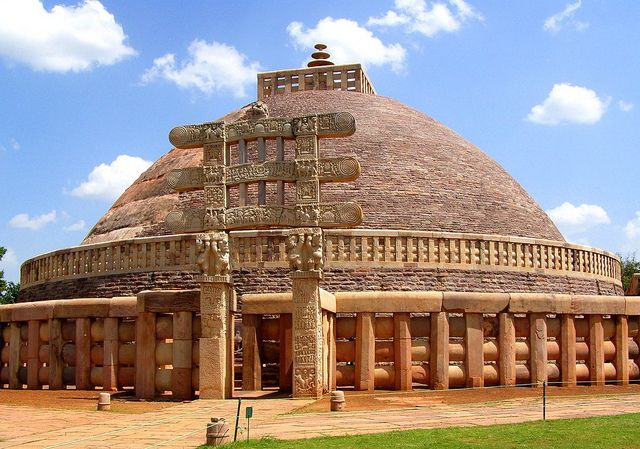 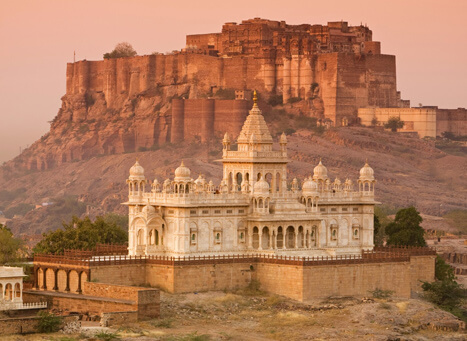 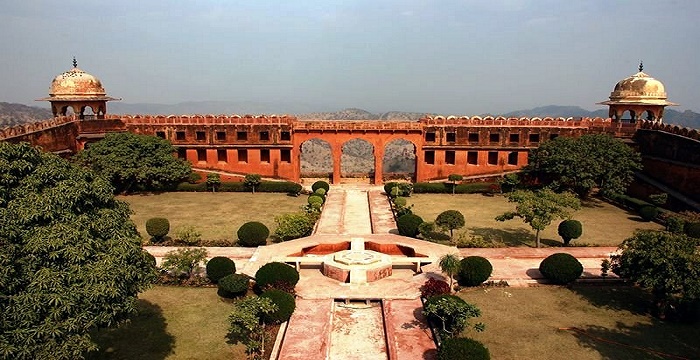 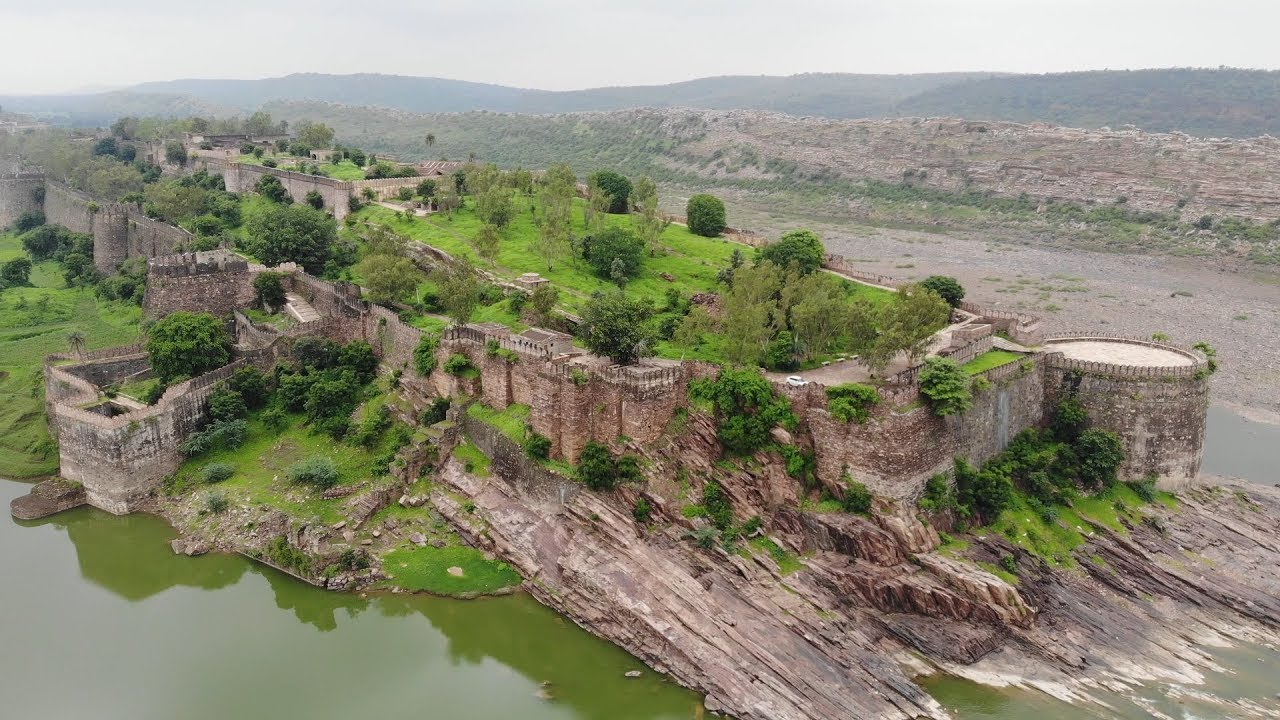