Chhattisgarh is popularly called as the “Rice Bowl of India” and rightly so as Rice heavily dominates the Chhattisgarh food. The staple diet of people of the territory consists of wheat, maize and jowar. The locals of this place are fond of protein-rich food. Tourists who visit are often enticed with the variety of lentils served to them. hey are fond of snacks and every evening a variety of snack element is presented. The food cuisine of Chhattisgarh is influenced by its neighbouring state Jharkhand and their Food cuisine.
Being a state which produces staple food in abundance, a great part of the food culture of Chhattisgarh consists of the staple crops such as Rice, Bajra, Jawar. The food of the state is highly inspired from its neighbouring states. Hence, a great meal of food of Chhattisgarh promises a great taste and delicious inspirations from its neighbours.

Muthia are dumplings cooked in the traditional style of the Chhattisgarh state. Muthia is prepared with the rice batter which is seasoned with various spices. The dish is not fried but is steamed and hence it retains the original flavor of its ingredients. Muthia is a famous dish of the state which is usually enjoyed in the breakfast. This dish is also famous among the rural people of the state.

Aamat is considered as the Sambhar of Bastar region of the state. This delectable delicacy of the state is prepared with mixed vegetables which is cooked along with the ginger garlic paste and various spices to enhance the flavor of the dish. Traditionally the dish is prepared in the bamboo shoots. The bamboo keeps the flavor of the ingredients in intact and also adds the unique aroma to the dish. This procedure of cooking Aamat is still prevalent in the remote areas of Bastar. Although, the dish is prepared with the modern equipments in the urban areas. This is a speciality of Chhattisgarh.

What we all enjoy eating in all the parts of India is a gift from the Chhattisgarh region. Chila is flat chapati like dish which is prepared with the rice batter mixed with the Urad Daal. The dish is very easy to cook and is very delicious in the taste. Chila is an important part of the breakfast meal of the people of Chhattisgarh. To grab the best taste of Chila, complement it with the green chutney.

Bhajia is a famous street food of Chhattisgarh which is very popular among the local people of the state. A local variant of Bhajji, a dish that is commonly found in South India. Bhajia in Chhattisgarh are prepared with different ingredients, each one of them adding a taste to the dish that will get your taste buds going. Bhajia is prepared with the gram flour along. Various type of Bhajis such as Mirchi Bhaji- prepared with chili, onion Bhaji prepared with onion, and Aloo Bhaji prepared with potato are some of the famous variants of the dish. The perfect aroma and the right amount spices add the delectable street food taste to this dish. Bhajia are best enjoyed with a hot cup of tea along with spicy Hari chutney.

Sabudana ki Kichdi is one of the healthiest and most delicious chhattisgarh is famous fori dishes that is not only eaten in just Chhattisgarh but all around the country. Sabudana Ki Kichdi is a dish prepared with the soaked Sabudana balls. To add the flavor to the dish various vegetables and spices are added that provides a delicious taste to the plate. Sabudana ki Kichdi is fondly eaten during the fast, but it accounts for an important dish for the people of Chhattisgarh.

Bara is a unique variant of the Vada that is eaten in South India. Bara is basically a light snack which is made from the fermented Urad Dal . Various vegetables and spices are added along with the fermented lentils to add the perfection to this famous dish of the state. The requirement of minimum oil makes Bara super light and super healthy to eat. This dish represents the food culture of Chhattisgarh on various occasions that take place in the state. Bada is a must serve during the festivals and village fairs of the state. Apart from that, in Bastar region of the state it is compulsory to serve Bara to the guests during the marriage ceremony.

If you ever want to taste the Desi styled Momos then make Faraa your pick to satisfy your taste buds. Faraa are made in the form of dumpling, the main ingredient of dish being rice. The dough of rice along with the minimum spices are seasoning of coriander leaves is put to steam to get the light and healthy snack that hails from Chhattisgarh.

Tilgur of Til k Ladoo is a famous dish that has got it origin from Chhattisgarh state. The roasted sesame seeds are mixed with the dark jaggery and peanuts. The mixed is well mixed and is then made into Ladoos to grab the famous dish of the state. Tilgur are must- served during the various occasions and festivals of the state. Makar Sankranti is the main festival where the people prepare Tilgur.

What is famously known as Sewaiya, a famous dish which is served on Id is a dish which is equally celebrated in Chattisgarh. Khurma is a famous sweet dish from the state of Chattisgarh which is prepared with the milk and vermicelli. The roasted vermicelli are added to the boiling water along with sugar syrup and rich dry fruits to get an absolutely lip-smacking sweet dish which will surely satisfy your sweet tooth.

Bafuari is a healthy alternative for the oily pakodas which are every Indianâ€™s favourite snack. Bafauri is a famous dish of the state which is cooked in Chana Daal flour. Various vegetables and spices add the mouth-savoring taste to the dish. The dough is prepared in the form of balls and is steamed. The fact that is not cooked in oil makes it extremely healthy to eat.

Dubki Kadi is a dish of Chhattisgarh which makes it into the lunch plates of the people of the state. Dubki Kadi is a pulse-like dish which is mainly cooked with the curd. The pakodas of gram flour are added to the dish which is best complemented with the tangy curry of curd and spices. Apart from Dubki Kadi, there are other variants of the dish such as Arbi kadi, Bhindi kadi etc which are equally mouth-watering.

Food is one of the things that Chhattisgarh is famous for and the taste will definitely make you drool! 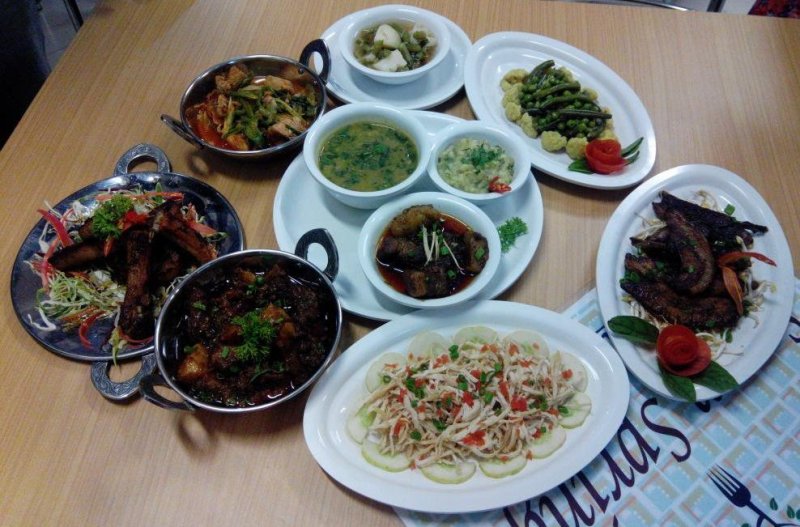 Ynorme February 18, 2021 0
Numerous locals queue up at local street stalls in Shillong to get their daily fix of Tungrymbai. The dish is popular in Meghalaya. Fermented soybeans are used to cook this… 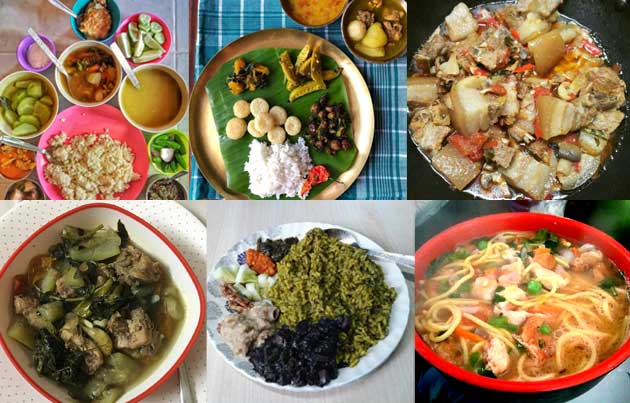 Ynorme February 18, 2021 0
There is a vast diversity of culture in our country, and in terms of cuisine, Assam offers just the right kind of flavours to tickle your taste buds. With a…

Ynorme February 17, 2021 0
The cuisine of Odisha, popularly known as the Odia Cuisine, is a melange of varied items and practices. As Odisha is bordered by both North Indian and South Indian states,… 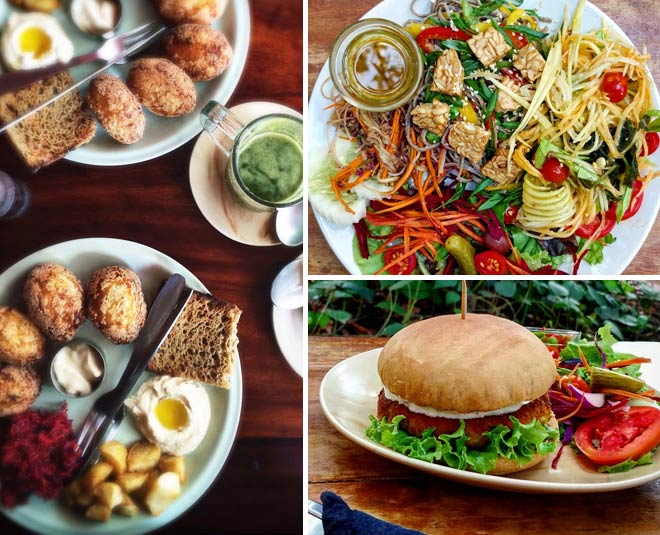 Ynorme February 3, 2021 0
While Chinese food, patties, chats and samosas are in every city in India, Goa alongside these, has its range of street food. The use of intense flavours, spices, a plethora of… 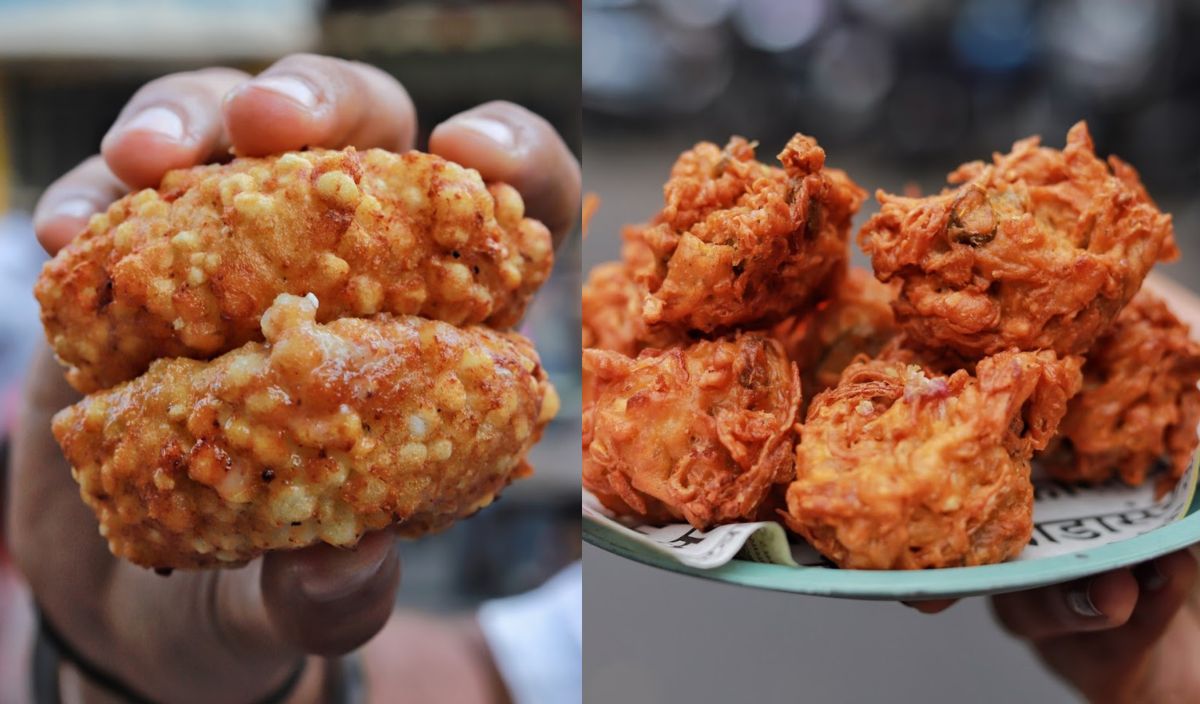 Ynorme January 2, 2021 0
Pune is the cultural capital of the Maratha region and unsurprisingly, food is therapy for most Punekars. Right from food carts to Khao Gallis, the city has it all to…