The Fort Aguada is one of the largest and impressive forts preserved as one of the best known landmarks in Goan history. Its prominence has grown from the fact that its headland on which it is built offers a wonderful site for military architects due to its shielding of the vital sea access from the heart of the Portuguese territory thereby making it an ideal site for seaward as well as landward defense.

Fort Aguada is a 17th-century Portuguese fort looking out at the confluence of Mandovi River and the Arabian Sea. The crumbling ramparts of the fort stand on the Sinquerim Beach, approximately 18 km from Panjim. The highlight of the fort is a lone four-storey lighthouse (which is one-of-its-kind in Asia )and a stunning view of the sunset.

Built-in 1612 as a protection from Dutch and Marathas, Fort Aguada was the most prized and crucial fort for the Portuguese and covers the entire peninsula at the southwestern tip of Bardez. The fort is so named after the Portuguese Word for water i.e. ‘Agua’ and used to be a replenishing source of freshwater for sailors. In fact, it has the capacity to hold 2,376,000 gallons of water and was one of the biggest freshwater reservoirs of Asia.

Fort Aguada has also been used as Aguada jail. A statue in front of the jail salutes the freedom fighters, giving the fort a touch of patriotism.

Fort Aguada traces its origins to 1609 when its construction was started by the Portuguese who were ruling over the region. The construction continued for the next three years and was completed in 1612 under the supervision of Viceroy Ruy Tavara. The word Aguada means freshwater in Portuguese language and the fort derives its name from a freshwater spring located within it. It is recorded that crews of sailing ships used to replenish their stock of potable water from this spring.

Aguada Fort was built to guard and defend the Portuguese stronghold in Goa against the Maratha and Dutch invaders. Owing to its location at the confluence of the Arabian Sea and the Mandovi River, it became the most prized fortress for the Portuguese back in the seventeenth century.

In 1864, a four-storied lighthouse was erected within the fort’s premises. For a long time after that, the fort served as a reference point for the ships and vessels sailing in from Europe, thanks to the lighthouse. In 1976, the lighthouse was finally abandoned and it is currently closed to the public. However, there is a new lighthouse built in the fort premises, which is called the Aguada Lighthouse. Interestingly, the fort premises also houses a jail which was actively used during the administration of the 100th prime minister of Portugal, called Salazar. It is one of those few forts in India that has never been conquered by an enemy.

Aguada Fort is a splendid example of the Portuguese military style of architecture. It was constructed using laterite stone, which was found in abundance in Goa. The fort is categorized into two parts – the upper part and the lower part. The upper part was designed to serve as a fort and a huge watering station. The lower part extended a safe berth for the ships belonging to the Portuguese rulers. The fort is enveloped by walls as high as 5 meters and as wide as 1.3 meters. There are bastions that surround the fort on three sides while the fourth side has a gateway that faces the Mandovi River.

In its heydays, Aguada Fort served as one of the largest freshwater storages of Asia and had the capacity to store 2,376,000 gallons of water. The fort also features a gunpowder room, bastions, and a moat. One of the most attractive aspects of the fort’s architecture is a secret passage which was built to help the occupants escape in the case of an emergency or war.

How To Reach Fort Aguada

Fort Aguada is located on the Aguada-Siolim Road in Sinquerim, Candolim. The hilltop and the beach are of 4 km apart. This distance can be covered by hiring motorbikes or taxis from any of the beaches nearby. The per day fare of a motorbike is between INR 400 – INR 500. However, if you haggle you can get it for an even cheaper price. A valid driver’s ID and a separate identity proof is mandatory for hiring any vehicle. There is also an alternate route comprised of a footpath spaning 2 km, however, it makes for quite a steep climb. 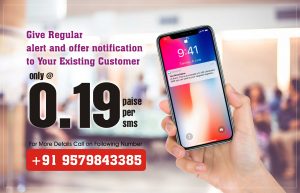